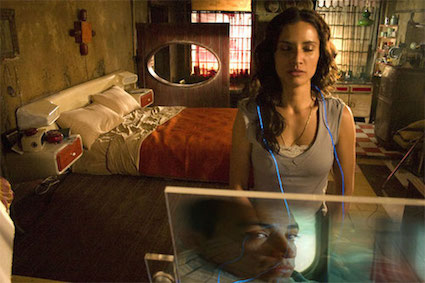 “One of its special qualities as such may however be to generate data about a nonhuman world. The apparatus renders to the human a world that isn’t for the human. An apparatus is that which demonstrates some aspect of a monstrous, alien world. An apparatus yield aspects, particular monstrosities, which never add up to that consistent and absolute world that is remains the God, or Goddess, of all realists.
An apparatus affords the real, material and historical form of mediation…Hence the centrality today of Haraway’s work, in which thinking the messy business of making science fully embraces its implication in nets of corporate and military power, its processing and reinforcing of metaphors not of its making, and its dependence on a vast cyborg apparatus. The strength of her work is in not abandoning the struggle for knowledge under such difficult conditions and retreating into mere philosophy.”
http://www.publicseminar.org/2015/09/blog-post-for-cyborgs/