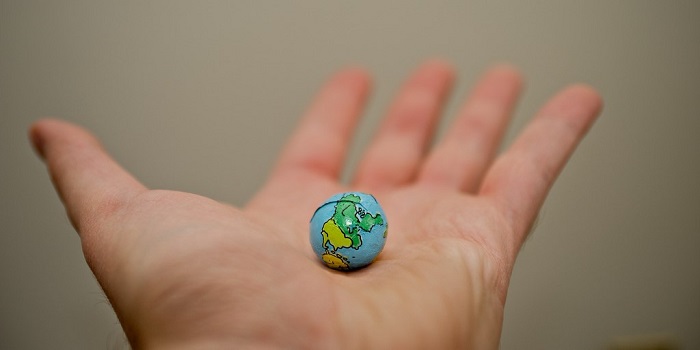 Image credit: Matt Jiggins via Flickr | http://bit.ly/1M6iSlZ
Physical scientists aren’t trained for all the political and moral issues.
Oct 2 2015 – 10:00am

(Inside Science) — The notion that Earth’s climate is changing—and that the threat to the world is serious—goes back to the 1980s, when a consensus began to form among climate scientists as temperatures began to rise noticeably. Thirty years later, that consensus is solid, yet climate change and the disruption it may cause remain divisive political issues, and millions of people remain unconvinced.

A new book argues that social scientists should play a greater role in helping natural scientists convince people of the reality of climate change and drive policy.

Climate Change and Society consists of 13 essays on why the debate needs the voices of social scientists, including political scientists, psychologists, anthropologists, and sociologists. It is edited by Riley E. Dunlap, professor of sociology at Oklahoma State University in Stillwater, and Robert J. Brulle, of Drexel University, professor of sociology and environmental science in Philadelphia.

Brulle said the physical scientists tend to frame climate change “as a technocratic and managerial problem.”

“Contrast that to the Pope,” he said.

Pope Francis sees it as a “political, moral issue that won’t be settled by a group of experts sitting in a room,” said Brulle, who emphasized that it will be settled by political process. Sociologists agree.

Sheila Jasanoff also agrees. She is the Pforzheimer professor of science and technology studies at the Harvard Kennedy School in Cambridge, Massachusetts, and did not participate in the book.

She said that understanding how people behave differently depending on their belief system is important.

“Denial is a somewhat mystical thing in people’s heads,” Jasanoff said. “One can bring tools of sociology of knowledge and belief—or social studies—to understand how commitments to particular statements of nature are linked with understanding how you would feel compelled to behave if nature were that way.”

Parts of the world where climate change is considered a result of the colonial past may resist taking drastic action at the behest of the former colonial rulers. Jasanoff said that governments will have to convince these groups that climate change is a present danger and attention must be paid.

Some who agree there is a threat are reluctant to advocate for drastic economic changes because they believe the world will be rescued by innovation and technology, Jasanoff said. Even among industrialized countries, views about the potential of technology differ.

Understanding these attitudes is what social scientists do, the book’s authors maintain.

“One of the most pressing contributions our field can make is to legitimate big questions, especially the ability of the current global economic system to take the steps needed to avoid catastrophic climate change,” editors of the book wrote.

The issue also is deeply embedded in the social science of economics and in the problem of “have” and “have-not” societies in consumerism and the economy.

For example, Bangladesh sits at sea level, and if the seas rise enough, nearly the entire country could disappear in the waters. Hurricane Katrina brought hints of the consequences of that reality to New Orleans, a city that now sits below sea level. The heaviest burden of the storm’s effects fell on the poor neighborhoods, Brulle said.

“The people of Bangladesh will suffer more than the people on the Upper East Side of Manhattan,” Brulle said. He said they have to be treated differently, which is not something many physical scientists studying the processes behind sea level rise have to factor into their research.

“Those of us engaged in the climate fight need valuable insight from political scientists and sociologists and psychologists and economists just as surely as from physicists,” agreed Bill McKibben, an environmentalist and author who is a scholar in residence at Middlebury College in Vermont. “It’s very clear carbon is warming the planet; it’s very unclear what mix of prods and preferences might nudge us to use much less.”

Joel Shurkin is a freelance writer in Baltimore. He was former science writer at the Philadelphia Inquirer and was part of the team that won a Pulitzer Prize for covering Three Mile Island. He has nine published books and is working on a tenth. He has taught journalism at Stanford University, the University of California at Santa Cruz and the University of Alaska Fairbanks. He tweets at @shurkin.