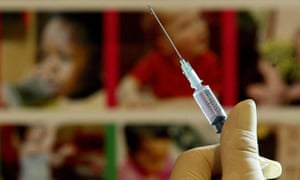 Be quiet. It’s good for you. Photograph: Gareth Fuller/PA

A video did the rounds a couple of years ago, of some self-styled “skeptic” disagreeing – robustly, shall we say – with an anti-vaxxer. The speaker was roundly cheered by everyone sharing the video – he sure put that idiot in their place!

Scientists love to argue. Cutting through bullshit and getting to the truth of the matter is pretty much the job description. So it’s not really surprising scientists and science supporters frequently take on those who dabble in homeopathy, or deny anthropogenic climate change, or who oppose vaccinations or genetically modified food.

It makes sense. You’ve got a population that is – on the whole – not scientifically literate, and you want to persuade them that they should be doing a and b (but not c) so that they/you/their children can have a better life.

Brian Cox was at it last week, performing a “smackdown” on a climate change denier on the ABC’s Q&A discussion program. He brought graphs! Knockout blow.

And yet … it leaves me cold. Is this really what science communication is about? Is this informing, changing minds, winning people over to a better, brighter future?

I doubt it somehow.

There are a couple of things here. And I don’t think it’s as simple as people rejecting science.

First, people don’t like being told what to do. This is part of what Michael Gove was driving at when he said people had had enough of experts. We rely on doctors and nurses to make us better, and on financial planners to help us invest. We expect scientists to research new cures for disease, or simply to find out how things work. We expect the government to try to do the best for most of the people most of the time, and weather forecasters to at least tell us what today was like even if they struggle with tomorrow.

But when these experts tell us how to live our lives – or even worse, what to think – something rebels. Especially when there is even the merest whiff of controversy or uncertainty. Back in your box, we say, and stick to what you’re good at.

We saw it in the recent referendum, we saw it when Dame Sally Davies said wine makes her think of breast cancer, and we saw it back in the late 1990s when the government of the time told people – who honestly, really wanted to do the best for their children – to shut up, stop asking questions and take the damn triple vaccine.

Which brings us to the second thing.

On the whole, I don’t think people who object to vaccines or GMOs are at heart anti-science. Some are, for sure, and these are the dangerous ones. But most people simply want to know that someone is listening, that someone is taking their worries seriously; that someone cares for them.

It’s more about who we are and our relationships than about what is right or true.

This is why, when you bring data to a TV show, you run the risk of appearing supercilious and judgemental. Even – especially – if you’re actually right.

People want to feel wanted and loved. That there is someone who will listen to them. To feel part of a family.

The physicist Sabine Hossenfelder gets this. Between contracts one time, she set up a “talk to a physicist” service. Fifty dollars gets you 20 minutes with a quantum physicist … who will listen to whatever crazy idea you have, and help you understand a little more about the world.

How many science communicators do you know who will take the time to listen to their audience? Who are willing to step outside their cosy little bubble and make an effort to reach people where they are, where they are confused and hurting; where they need?

Atul Gawande says scientists should assert “the true facts of good science” and expose the “bad science tactics that are being used to mislead people”. But that’s only part of the story, and is closing the barn door too late.

Because the charlatans have already recognised the need, and have built the communities that people crave. Tellingly, Gawande refers to the ‘scientific community’; and he’s absolutely right, there. Most science communication isn’t about persuading people; it’s self-affirmation for those already on the inside. Look at us, it says, aren’t we clever? We are exclusive, we are a gang, we are family.

That’s not communication. It’s not changing minds and it’s certainly not winning hearts and minds.