UN climate change experts have been accused of making ‘imprecise and vague’ statements and over-egging the evidence.

A scathing report into the Intergovernmental Panel on Climate Change called for it to avoid politics and stick instead to predictions based on solid science.

The probe, by representatives of the Royal Society and foreign scientific academies, took a thinly-veiled swipe at Rajendra Pachauri, the panel’s chairman for the past eight years. 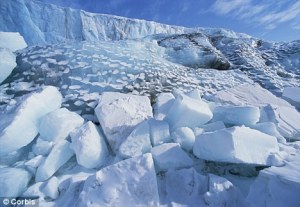 It recommended a new leader be appointed to bring a ‘fresh approach’ with the term of office cut from 12 years to six.

The IPCC is important because its reports are used by governments to set environmental policy.

The review, which focused on the day-to-day running of the panel, rather than its science, was commissioned after the UN body was accused of making glaring mistakes.

These included the claim that the Himalayan glaciers would vanish within 25 years – and that 55 per cent of the Netherlands was prone to flooding because it was below sea level.

An email scandal involving experts at the University of East Anglia had already fuelled fears that global warming was being exaggerated.

The report demanded a more rigorous conflict of interest policy and said executives should have formal qualifications.

It said: ‘Because the IPCC chair is both the leader and the face of the organisation, he or she must have strong credentials (including high professional standing in an area covered by IPCC assessments), international stature, a broad vision, strong leadership skills, considerable management experience at a senior level, and experience relevant to the assessment task.’

Dr Pachauri has a background in railway engineering rather than science and in recent months has been forced to deny profiting from his role at the IPCC.

When asked yesterday if he would consider resigning, he said he intended to continue working on the panel’s next report on climate change but would abide by any decision the IPCC made.

‘We’ve listened to and learnt from our critics,’ he said.

‘Now that the review has been carried out I believe I have a responsibility to help to implement the changes.

Dr Benny Peiser, Director of The Global Warming Policy Foundation, said: ‘I interpret the review as an indirect call for Dr Pachauri to step down. That is what it says between the lines, whether or not he understands it.

‘It is clearly a very, very strong criticism of his management and of him personally.

‘The problem is that many in the international community regard him as damaged goods.’

The investigation said the IPCC’s mandate calls for it to be ‘policy relevant’ without ‘straying into advocacy’ which would hurt its credibility.

The scientists charged with writing the IPCC assessments were criticised for saying they were ‘highly confident’ about statements without having the evidence.

One of the summary documents prepared for government use ‘contains many such statements that are not supported sufficiently by the literature, not put into perspective or not expressed clearly’.

Achim Steiner, head of the UN’s environmental programme, said the review of the IPCC ‘re-affirms the integrity, the importance and validity of the IPCC’s work while recognising areas for improvement in a rapidly evolving field’.

MAN IN THE HOT SEAT

To his admirers, Rajendra Pachauri is a tireless champion of the perils of climate change. To his critics, he is flamboyant and arrogant.

The Indian-born mechanical engineer worked in the railway industry before entering academia.

He taught in the U.S. and then joined a think-tank promoting sustainable development. He became involved with the UN in the 1990s and was elected chairman of its IPCC climate panel in 2002.

The 70-year-old lives in an exclusive district of New Delhi and is said to enjoy a lavish personal lifestyle with a taste for expensive suits.

He has dismissed claims he profited from his links to green energy firms, saying he gave away all the money earned from directorships.

Despite having full use of an eco-friendly vehicle, he uses a chauffeur-driven car to make the one-mile journey to his office.

He raised eyebrows earlier this year with the publication of a raunchy novel about the life and times of an ageing environmentalist and former engineer.

And he made powerful enemies by refusing to apologise for the false claim that Himalayan glaciers would vanish in 25 years. 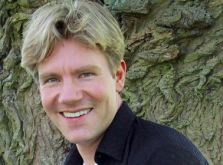 The world’s most high-profile climate change sceptic has changed his mind and now believes that global warming is ‘a challenge humanity must confront’.

The influential economist Bjorn Lomborg (pictured), who has been compared to Adolf Hitler by the UN’s climate chief, is calling for tens of billions of dollars to be invested into tackling climate change.

He described the current rise in temperatures as ‘undoubtedly one of the chief concerns facing the world today.’

Mr Lomborg proposes taxing people on their carbon emissions to pay for the research and improving green energy.