(CNN) As the novel coronavirus has spread across the globe, President Trump has repeated one phrase like a mantra: It will go away.

Since February Trump has said the virus will “go away” at least 15 times, most recently on May 15.

Invoking a miracle is an understandable response during a pandemic, but to some, the President’s insistence that the coronavirus will simply vanish sounds dangerously like magical thinking — the popular but baffling idea that we can mold the world to our liking, reality be damned.

The coronavirus, despite Trump’s predictions, has not disappeared. It has spread rapidly, killing more than 90,000 Americans.

In that light, Trump’s response to the pandemic, his fulsome self-praise and downplaying of mass death seems contrary to reality. But long ago, his biographers say, Trump learned how to craft his own version of reality, a lesson he learned in an unlikely place: a church.

It’s called the “power of positive thinking,” and Trump heard it from the master himself: the Rev. Norman Vincent Peale, a Manhattan pastor who became a self-help juggernaut, the Joel Osteen of the 1950s.

“He thought I was his greatest student of all time,” Trump has said.

Undoubtedly, the power of positive thinking has taken Trump a long way — through multiple business failures to the most powerful office in the world.

Trump has repeatedly credited Peale — who died in 1993 — and positive thinking with helping him through rough patches. 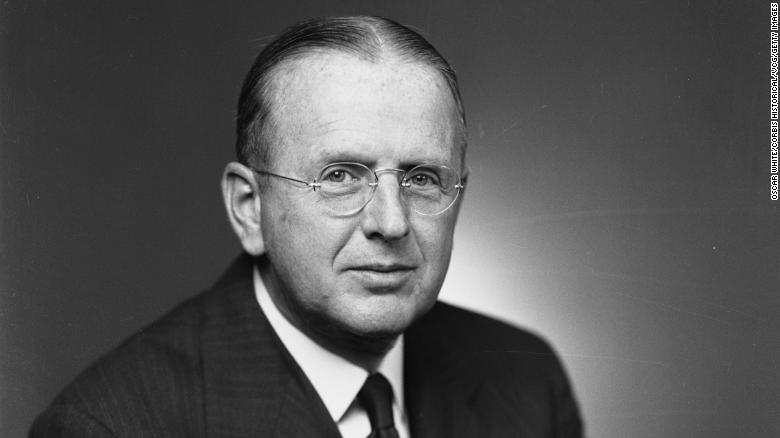 “I refused to be sucked into negative thinking on any level, even when the indications weren’t great,” Trump said of the early 1990s, when his casinos were tanking and he owed creditors billions of dollars.

But during a global public health crisis there can be a negative side to positive thinking.

“Trump pretending that this pandemic will just go away is not just an unacceptable fantasy,” said Christopher Lane, author of “Surge of Piety: Norman Vincent Peale and the Remaking of American Religious Life.”

“It is in the realm of dangerous delusion.”

Trump says Peale has made him feel better about himself

Though they were professed Presbyterians, it’s more accurate to call Trump’s family Peale-ites.

On Sundays, Trump’s businessman father drove the family from Queens to Peale’s pulpit at Marble Collegiate Church in Manhattan.

The centuries-old edifice was, and remains, the closest thing Trump has to a family church. Funerals for both of his parents were held there, and Peale presided over Trump’s marriage to Ivana at Marble Collegiate in 1977. Two of his siblings were also married in the sanctuary.

The draw, Trump’s biographers say, was Peale, who elevated businessmen like the Trumps to saint-like status as crusaders of American capitalism.

Known as “God’s Salesman,” Peale wrote many self-help books, including “The Power of Positive Thinking,” that sold millions of copies. 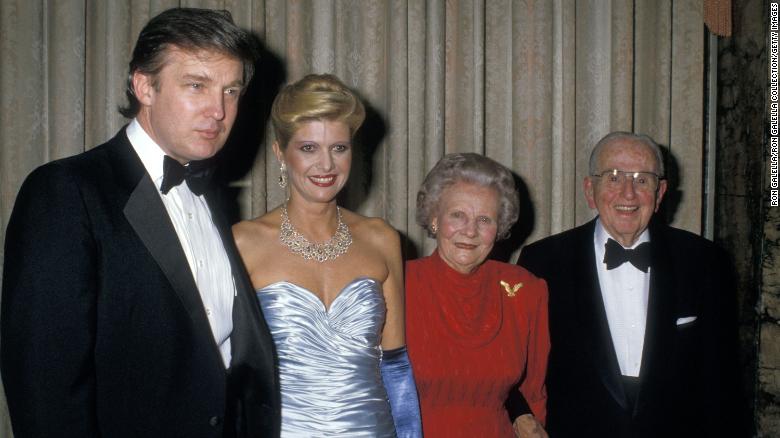 Peale drew throngs of followers, but also sharp criticism from Christians who accused him of cherry-picking Bible verses and peddling simplistic solutions.

But the young Donald Trump was hooked.

“He would instill a very positive feeling about God that also made me feel positive about myself,” Trump writes in “Great Again,” one of his books. “I would literally leave that church feeling like I could listen to another three sermons.”

Peale peppered his sermons with pop psychology. Sin and guilt were jettisoned in favor of “spirit-lifters,” “energy-producing thoughts” and “7 simple steps” to happy living.

“Attitudes are more important than facts,” Peale preached, a virtual prophecy of our post-truth age.”Formulate and stamp indelibly on your mind a mental picture of yourself as succeeding,” Peale writes in “The Power of Positive Thinking.”

“Hold this picture tenaciously. Never permit it to fade.”

To this day, Trump surrounds himself with Peale-like figures, particularly prosperity gospel preachers.

One of his closest spiritual confidantes, Florida pastor Paula White, leads the White House’s faith-based office and is a spiritual descendent of Peale’s positive thinking — with a Pentecostal twist.

White, a televangelist, belongs to the Word of Faith movement, which teaches that God bestows health and wealth on true believers.

In a Rose Garden ceremony for the National Day of Prayer earlier this month, White quoted from the Bible’s Book of Job: “If you decree and declare a thing, it will be established.” 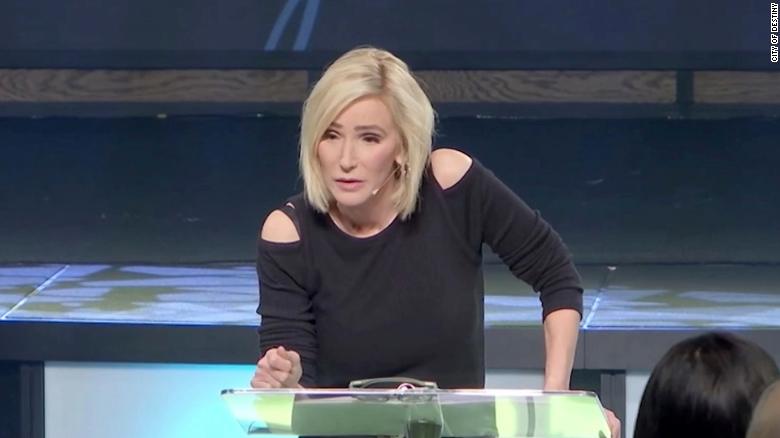 Paula White, a televangelist and religious adviser to President Trump.

The Book of Job, a parable of human suffering and powerlessness, may be a strange book for a preacher to cite while “declaring” an end to the pandemic. If it were so easy, Job’s story would involve fewer boils and tortures.

But in a way, White perfectly captures the problem with positive thinking: It tries to twist every situation into a “victory,” even when reality demonstrates otherwise.

“Positive thinking can help people focus on goals and affirm one’s merits,” said Lane, author of the book on Peale. “But it does need a reality check, and to be based in fact.

“Sometimes, the reality is that you’ve failed and need to change course. But to Peale, that wasn’t an option. Even self-doubt was a sin, he taught, an affront to God.

“He had a huge problem with failure,” Lane said. “He would berate people for even talking about it.”

You can hear echoes of Peale’s no-fail philosophy in Trump’s angry response to reporters’ questions about his handling of the coronavirus pandemic, said Trump biographer Michael D’Antonio.

“Nothing is an exchange of ideas or discussion of facts,” D’Antonio said. “Everything is a life or death struggle for the definition of reality. For him, being wrong feels like being obliterated.” 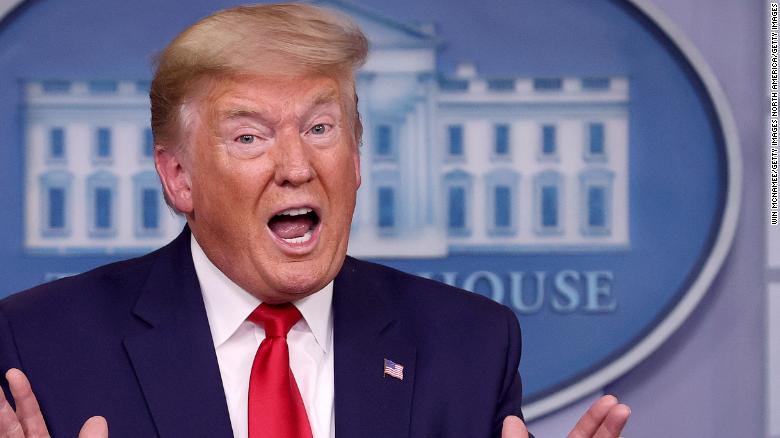 And that’s one reason why the President refuses to accept any criticism or admit to any failure. To do so would puncture his bubble of positivity, not to mention his self-image.

So, despite his administration’s early missteps in preparing for and responding to the coronavirus, Trump won’t acknowledge any errors.

Instead, he has misled the public, claiming in February that the situation was “under control” when it was not; promising a vaccine is coming “very soon,” which it is not; and falsely insisting that “anyone can get tested,” when they could not and many still cannot.

Still, when asked in mid-March to grade his administration’s response, Trump gave himself a perfect score.

Trump’s self-appraisal might not match reality. But Peale would be proud.

ScienceDaily (Oct. 20, 2011) — People who try to boost their self-esteem by telling themselves they’ve done a great job when they haven’t could end up feeling dejected instead, according to new research published by the American Psychological Association.

High and low performers felt fine when they assessed themselves accurately, probably because the high performers recognized their strengths and low performers acknowledged their weaknesses and could try to improve their future performance, according to a study in the October issue of the APA journal Emotion®.

“These findings challenge the popular notion that self-enhancement and providing positive performance feedback to low performers is beneficial to emotional health. Instead, our results underscore the emotional benefits of accurate self-assessments and performance feedback,” said lead author Young-Hoon Kim, PhD, of the University of Pennsylvania. . The study involved experiments with four different groups of young people from the United States and Hong Kong. Three U.S. groups totaled 295 college undergraduates, with 186 women and a mean age of 19, and one Hong Kong group consisted of 2,780 high school students, with 939 girls, from four different schools and across grades 7-12.

In the first two experiments, one of the U.S. groups and the Hong Kong students took academic tests and were asked to rate and compare their own performances with other students at their schools. Following their assessments, all the participants completed another widely used questionnaire to assess symptoms of depression.

Across all the studies, results showed that those who rated their own performance as much higher than it actually was were significantly more likely to feel dejected. “Distress following excessive self-praise is likely to occur when a person’s inadequacy is exposed, and because inaccurate self-assessments can prevent self-improvement,” said co-author Chi-Yue Chiu, of Nanyang Technological University in Singapore.

The results also revealed cross-cultural differences that support past findings that Asians are more humble than Americans. The U.S. undergraduates had a higher mean response when rating their performance than the Hong Kong students, at 63 percent compared to 49 percent, the researchers found. Still, they found that excessive self-enhancement was related to depression for both cultures.