The National Football League was on the clock.

With several of its marquee players retiring early after a cascade of frightening concussions, the league formed a committee in 1994 that would ultimately issue a succession of research papers playing down the danger of head injuries. Amid criticism of the committee’s work, physicians brought in later to continue the research said the papers had relied on faulty analysis.

Now, an investigation by The New York Times has found that the N.F.L.’s concussion research was far more flawed than previously known.

For the last 13 years, the N.F.L. has stood by the research, which, the papers stated, was based on a full accounting of all concussions diagnosed by team physicians from 1996 through 2001. But confidential data obtained by The Times shows that more than 100 diagnosed concussions were omitted from the studies — including some severe injuries to stars like quarterbacks Steve Young and Troy Aikman. The committee then calculated the rates of concussions using the incomplete data, making them appear less frequent than they actually were.

After The Times asked the league about the missing diagnosed cases — more than 10 percent of the total — officials acknowledged that “the clubs were not required to submit their data and not every club did.” That should have been made clearer, the league said in a statement, adding that the missing cases were not part of an attempt “to alter or suppress the rate of concussions.”

One member of the concussion committee, Dr. Joseph Waeckerle, said he was unaware of the omissions. But he added: “If somebody made a human error or somebody assumed the data was absolutely correct and didn’t question it, well, we screwed up. If we found it wasn’t accurate and still used it, that’s not a screw-up; that’s a lie.”

These discoveries raise new questions about the validity of the committee’s findings, published in 13 peer-reviewed articles and held up by the league as scientific evidence that brain injuries did not cause long-term harm to its players. It is also unclear why the omissions went unchallenged by league officials, by the epidemiologist whose job it was to ensure accurate data collection and by the editor of the medical journal that published the studies.

In 2013, the N.F.L. agreed to a $765 million settlement of a lawsuit in which retired players accused league officials of covering up the risks of concussions. Some players have appealed the settlement, asking for an examination of the committee’s concussion research. 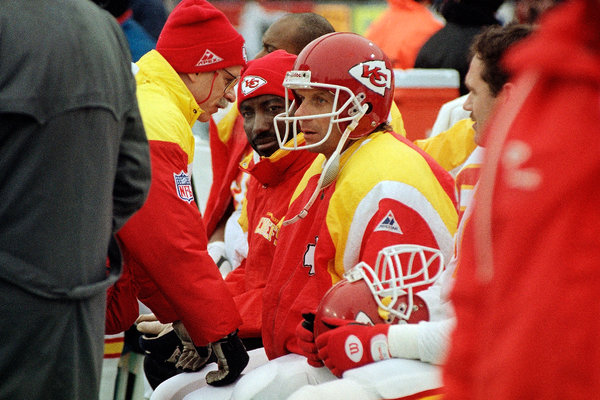 Dr. Joseph Waeckerle, speaking to quarterback Joe Montana in 1994, was the Chiefs’ team physician and a member of the N.F.L.’s concussion committee. CreditAssociated Press

Some retired players have likened the N.F.L.’s handling of its health crisis to that of the tobacco industry, which was notorious for using questionable science to play down the dangers of cigarettes.

Concussions can hardly be equated with smoking, which kills 1,300 people a day in the United States, and The Times has found no direct evidence that the league took its strategy from Big Tobacco. But records show a long relationship between two businesses with little in common beyond the health risks associated with their products.

Still, the records show that the two businesses shared lobbyists, lawyers and consultants. Personal correspondence underscored their friendships, including dinner invitations and a request for lobbying advice.

In 1997, to provide legal oversight for the committee, the league assigned Dorothy C. Mitchell, a young lawyer who had earlier defended the Tobacco Institute, the industry trade group. She had earned the institute’s “highest praise” for her work.

A co-owner of the Giants, Preston R. Tisch, also partly owned a leading cigarette company, Lorillard, and was a board member of both the Tobacco Institute and the Council for Tobacco Research, two entities that played a central role in misusing science to hide the risks of cigarettes.

The N.F.L.’s concussion committee began publishing its findings in 2003 in the medical journal Neurosurgery. Although the database used in the studies contained numerical codes for teams and players, The Times decoded it by cross-referencing team schedules and public injury reports.

The N.F.L.’s concussion studies have faced questions since they were published, but even the league’s harshest critics have never suggested, and no evidence has ever arisen, that the underlying data set could be so faulty.

“One of the rules of science is that you need to have impeccable data collection procedures,” said Bill Barr, a neuropsychologist who once worked for the Jets and who has in the past criticized the committee’s work.

By excluding so many concussions, Mr. Barr said, “You’re not doing science here; you are putting forth some idea that you already have.”

In an introduction to the first of the concussion committee’s papers, the league’s commissioner at the time, Paul Tagliabue, acknowledged the need for “independent scientific research” to better understand the risks of concussions.

“As we looked more deeply into the specific area of concussions, we realized that there were many more questions than answers,” Mr. Tagliabue wrote.

The committee’s chairman, Dr. Elliot Pellman, the team physician for the Jets, emphasized that his group aimed to produce research that was “independent” and “meticulous.”

In fact, most of the dozen committee members were associated with N.F.L. teams, as a physician, neurosurgeon or athletic trainer, which meant they made decisions about player care and then studied whether those decisions were proper. Still, the researchers stated unambiguously — in each of their first seven peer-reviewed papers — that their financial or business relationships had not compromised their work.

The committee said it analyzed all concussions diagnosed by team medical staffs from 1996 through 2001 — 887 in all. Concussions were recorded by position, type of play, time missed, even the brand of helmet.

The committee’s statements emphasized the completeness of the data.

“It was understood that any player with a recognized symptom of head injury, no matter how minor, should be included in the study,” one paper said.

And in confidential peer-review documents, the committee wrote that “all N.F.L. teams participated” and that “all players were therefore part of this study.”

Those statements are contradicted by the database.

The Times found that most teams failed to report all of their players’ concussions. Over all, at least 10 percent of head injuries diagnosed by team doctors were missing from the study, including two sustained by Jets receiver Wayne Chrebet, who retired several years later after more concussions. Dr. Pellman, the Jets’ physician, led the research and was the lead author on every paper.