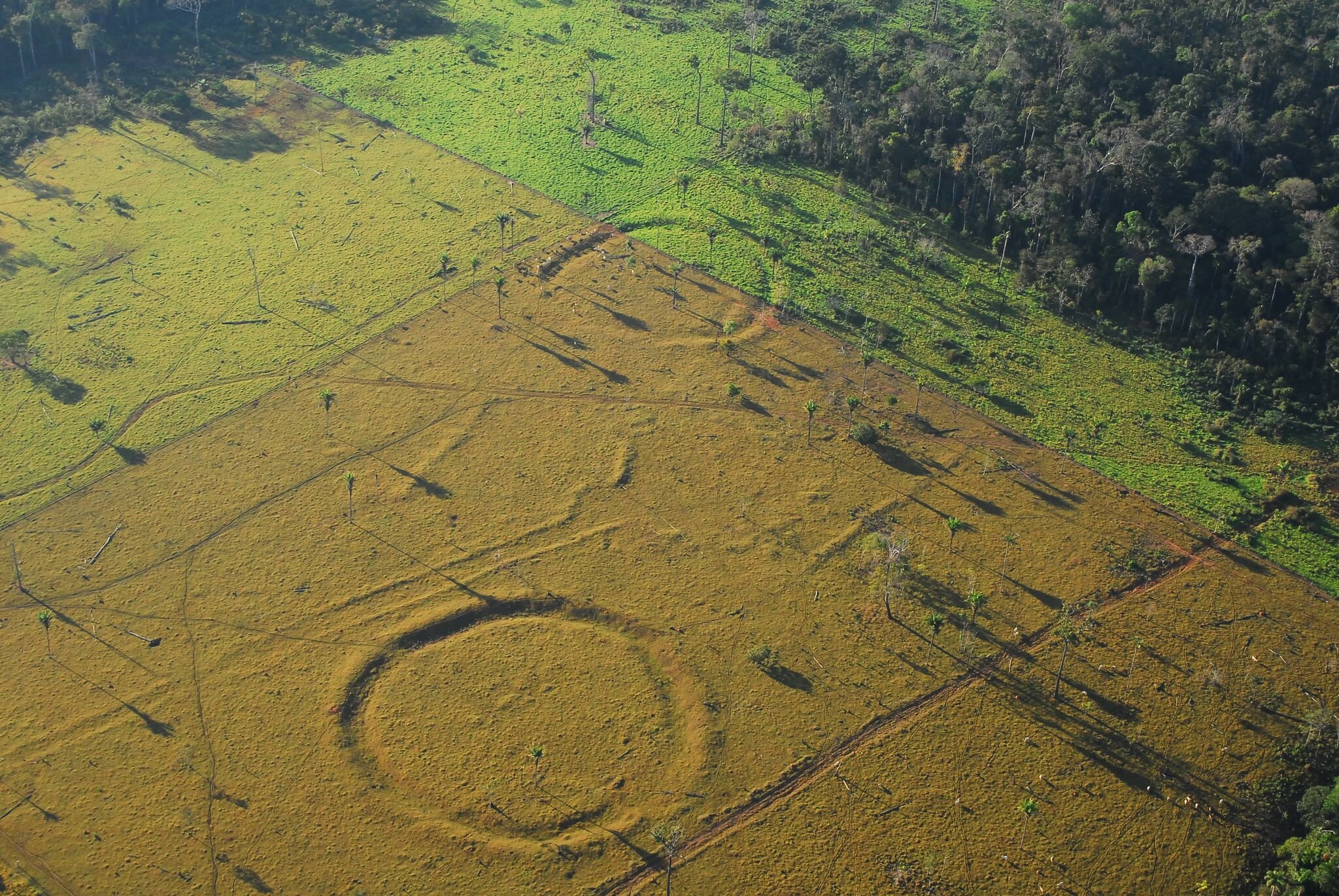 Date:
February 7, 2017
Source:
University of Exeter
Summary:
The Amazonian rainforest was transformed over 2,000 years ago by ancient people who built hundreds of large, mysterious earthworks.

The Amazonian rainforest was transformed over two thousand years ago by ancient people who built hundreds of large, mysterious earthworks.

Findings by Brazilian and UK experts provide new evidence for how indigenous people lived in the Amazon before European people arrived in the region.

The ditched enclosures, in Acre state in the western Brazilian Amazon, were concealed for centuries by trees. Modern deforestation has allowed the discovery of more than 450 of these large geometrical geoglyphs.

The function of these mysterious sites is still little understood — they are unlikely to be villages, since archaeologists recover very few artefacts during excavation. The layout doesn’t suggest they were built for defensive reasons. It is thought they were used only sporadically, perhaps as ritual gathering places.

The structures are ditched enclosures that occupy roughly 13,000 km2. Their discovery challenges assumptions that the rainforest ecosystem has been untouched by humans.

The research was carried out by Jennifer Watling, post-doctoral researcher at the Museum of Archaeology and Ethnography, University of São Paulo, when she was studying for a PhD at the University of Exeter.

Dr Watling said: “The fact that these sites lay hidden for centuries beneath mature rainforest really challenges the idea that Amazonian forests are ‘pristine ecosystems`.

“We immediately wanted to know whether the region was already forested when the geoglyphs were built, and to what extent people impacted the landscape to build these earthworks.”

Using state-of-the-art methods, the team members were able to reconstruct 6000 years of vegetation and fire history around two geoglyph sites. They found that humans heavily altered bamboo forests for millennia and small, temporary clearings were made to build the geoglyphs.

Instead of burning large tracts of forest — either for geoglyph construction or agricultural practices — people transformed their environment by concentrating on economically valuable tree species such as palms, creating a kind of ‘prehistoric supermarket’ of useful forest products. The team found tantalizing evidence to suggest that the biodiversity of some of Acre’s remaining forests may have a strong legacy of these ancient ‘agroforestry’ practices.

Dr. Watling said: “Despite the huge number and density of geoglyph sites in the region, we can be certain that Acre’s forests were never cleared as extensively, or for as long, as they have been in recent years.

“Our evidence that Amazonian forests have been managed by indigenous peoples long before European Contact should not be cited as justification for the destructive, unsustainable land-use practiced today. It should instead serve to highlight the ingenuity of past subsistence regimes that did not lead to forest degradation, and the importance of indigenous knowledge for finding more sustainable land-use alternatives.”

The full article will be released in the Proceedings of the National Academy of Sciences of the USA and involved researchers from the universities of Exeter, Reading and Swansea (UK), São Paulo, Belém and Acre (Brazil). The research was funded by the Arts and Humanities Research Council, National Geographic, and the Natural Environment Research Council Radiocarbon Facility.

To conduct the study, the team extracted soil samples from a series of pits dug within and outside of the geoglyphs. From these soils, they analysed ‘phytoliths’, a type of microscopic plant fossil made of silica, to reconstruct ancient vegetation; charcoal quantities, to assess the amount of ancient forest burning; and carbon stable isotopes, to indicate how ‘open’ the vegetation was in the past.