Bedeviled by drought, Great Plains settlers in the early 1890s developed a keen interest in rainmaking.

With funds appropriated by Congress, Gen. Robert St. George Dyrenforth set off gunpowder explosions in Texas under the theory that they could trigger friction and generate nuclei to produce moisture. When his test runs came up dry, disillusioned farmers and ranchers dubbed him “General Dryhenceforth.”

At a mosque in parched, sunny Chino on Saturday evening, roughly 500 people of many faiths and ages gathered to try a less concussive tack to end the Golden State’s four-year drought. 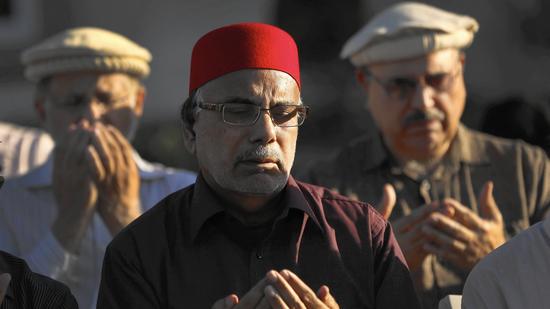 Invoking the power of prayer, they beseeched God, Buddha, Allah, Yahweh, Brahma, Vishnu and Shiva to make it rain, already.

“Praise be to Allah, the Lord of the Universe, the Compassionate, the Merciful, the Master of the Day of Judgment,” Imam Mohammed Zafarullah recited in Arabic to male congregants on colorful prayer rugs outside the Baitul Hameed Mosque, about 40 miles east of Los Angeles. “There is no god but Allah Who does what He wishes. O Allah, Thou art Allah, there is no deity but Thou, the Rich, while we are the poor. Send down the rain upon us and make what Thou sendest down a strength and satisfaction for a time.”

The interfaith Prayer for Rain, sponsored by the Los Angeles chapter of the Ahmadiyya Muslim Community, had its seed in a Friday sermon that Dr. Ahsan M. Khan, president of the sect’s Los Angeles East chapter, heard on a visit to the headquarters mosque in London. The caliph, Mirza Masroor Ahmad, shared anecdotes of African villages where people accepted Islam after witnessing results when the local imams offered the Arabic prayer for rain. 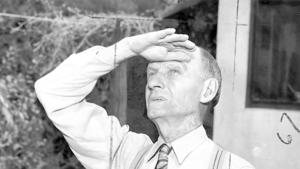 When Khan returned to Southern California, he proposed that members of the local mosque give it a try. Wearing a white sheet under a blistering sun, Zafarullah led the mosque’s congregants in their first-ever rain prayer in early May. Inspired, they decided to extend an invitation to other religious institutions for a collective event during the Muslim fasting month of Ramadan.

“Prayer for rain is actually common across different faiths,” said Khan, 38, an ophthalmologist with Kaiser.

Californians have been praying for rain for a while now. Early last year, the state’s Catholic bishops called for divine intervention and asked people of all faiths to join in prayers for rain as reservoirs dipped to historic lows.

“May God open the heavens, and let his mercy rain down upon our fields and mountains,” said the prayer composed by Bishop Jaime Soto of Sacramento.

That was no surprise to Michael Shermer, founder of the Skeptics Society. He dashed cold water on the whole idea that prayer, no matter how many faiths were involved, would make a difference.

“I think it’s ridiculous, of course,” he said. “This often happens not only with religions but also with con men during droughts in the 19th century and the Dust Bowl years.”

The Rev. Michael Miller, the priest at St. Margaret Mary Church in Chino, was more optimistic about the power of prayer to bring rain. He said he “was full of gratitude to the imam for calling us together” for Saturday’s ceremony.

He noted that all three of the world’s monotheistic religions — Judaism, Christianity and Islam — originated in the desert. “Water,” he said, “is important biologically and spiritually.”

After the ceremony, the members of the different faiths — Muslim, Roman Catholic, Mormon, Buddhist, Sikh, Christian Scientist — adjourned to a courtyard for a communal dinner.

Joe Sirard, a meteorologist with the National Weather Service in Oxnard, cheered them on in an interview days before the event.

“I’d recommend they pray for a strong El Niño this winter,” he said. “We need all the help we can get.”