THE WAY WE LIVE NOW 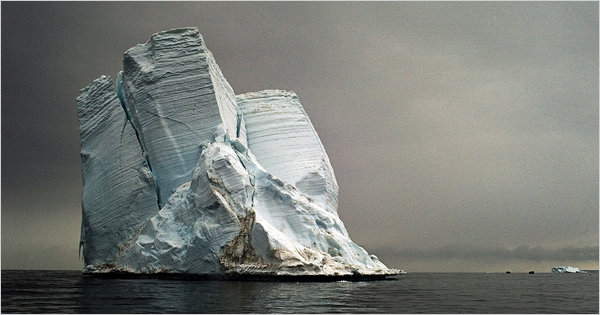 President Obama has made scientific innovation the cornerstone of his plans for “winning the future,” requesting in his recent budget proposal large financing increases for scientific research and education and, in particular, sustained attention to developing alternative energy sources and technologies. “This is our generation’s Sputnik moment,” he declared in his State of the Union address last month.

It would be easier to believe in this great moment of scientific reawakening, of course, if more than half of the Republicans in the House and three-quarters of Republican senators did not now say that the threat of global warming, as a man-made and highly threatening phenomenon, is at best an exaggeration and at worst an utter “hoax,” as James Inhofe of Oklahoma, the ranking Republican on the Senate Environment and Public Works Committee, once put it. These grim numbers, compiled by the Center for American Progress, describe a troubling new reality: the rise of the Tea Party and its anti-intellectual, anti-establishment, anti-elite worldview has brought both a mainstreaming and a radicalization of antiscientific thought.

The politicization of science isn’t particularly new; the Bush administration was famous for pressuring government agencies to bring their vision of reality in line with White House imperatives. In response to this, and with a renewed culture war over the very nature of scientific reality clearly brewing, the Obama administration tried to initiate a pre-emptive strike earlier this winter, issuing a set of “scientific integrity” guidelines aimed at keeping the work of government scientists free from ideological pollution. But since taking over the House of Representatives, the Republicans have packed science-related committees with lawmakers who refute such basic findings as the reality of global warming and the threats of climate change. Fred Upton, the head of the House Energy and Commerce Committee, has said outright that he does not believe that global warming is man-made. John Shimkus of Illinois, who also sits on the committee — as well as on the Subcommittee on Energy and Environment — has said that the government doesn’t need to make a priority of regulating greenhouse-gas emissions, because as he put it late last year, “God said the earth would not be destroyed by a flood.”

Whoever emerges as the Republican presidential candidate in 2012 will very likely have to embrace climate-change denial. Mitt Romney, Tim Pawlenty and Mike Huckabee, all of whom once expressed some support for action on global warming, have notably distanced themselves from these views. Saying no to mainstream climate science, notes Daniel J. Weiss, a senior fellow and director of climate strategy for the Center for American Progress, is now a required practice for Republicans eager to play to an emboldened conservative base. “Opposing the belief that global warming is human-caused has become systematic, like opposition to abortion,” he says. “It’s seen as another way for government to control people’s lives. It’s become a cultural issue.”

That taking on the scientific establishment has become a favored activity of the right is quite a turnabout. After all, questioning accepted fact, revealing the myths and politics behind established certainties, is a tactic straight out of the left-wing playbook. In the 1960s and 1970s, the push back against scientific authority brought us the patients’ rights movement and was a key component of women’s rights activism. That questioning of authority veered in a more radical direction in the academy in the late 1980s and early 1990s, when left-wing scholars doing “science studies” increasingly began taking on the very idea of scientific truth.

This was the era of the culture wars, the years when the conservative University of Chicago philosopher Allan Bloom warned in his book “The Closing of the American Mind” of the dangers of liberal know-nothing relativism. But somehow, in the passage from Bush I to Bush II and beyond, the politics changed. By the mid-1990s, even some progressives said that the assault on truth, particularly scientific truth, had gone too far, a point made most famously in 1996 by the progressive New York University physicist Alan Sokal, who managed to trick the left-wing academic journal Social Text into printing a tongue-in-cheek article, written in an overblown parody of dense academic jargon, that argued that physical reality, as we know it, may not exist. 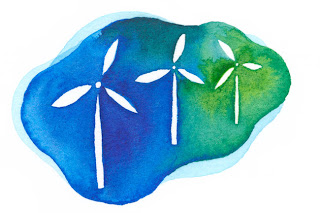 Following the Sokal hoax, many on the academic left experienced some real embarrassment. But the genie was out of the bottle. And as the political zeitgeist shifted, attacking science became a sport of the radical right. “Some standard left arguments, combined with the left-populist distrust of ‘experts’ and ‘professionals’ and assorted high-and-mighty muckety-mucks who think they’re the boss of us, were fashioned by the right into a powerful device for delegitimating scientific research,” Michael Bérubé, a literature professor at Pennsylvania State University, said of this evolution recently in the journal Democracy. He quoted the disillusioned French theorist Bruno Latour, a pioneer of science studies who was horrified by the climate-change-denying machinations of the right: “Entire Ph.D. programs are still running to make sure that good American kids are learning the hard way that facts are made up, that there is no such thing as natural, unmediated, unbiased access to truth . . . while dangerous extremists are using the very same argument of social construction to destroy hard-won evidence that could save our lives.”

Some conservatives argue that the Republican war on science is bad politics and that catering to the “climate-denier sect” in the party is a dangerous strategy, as David Jenkins, a member of Republicans for Environmental Protection wrote recently on the FrumForum blog. Public opinion, after all, has not kept pace with Republican rhetoric on the topic of climate change. A USA Today/Gallup poll conducted in January found that 83 percent of Americans want Congress to pass legislation promoting alternative energy, and a recent poll by the Opinion Research Corporation found that almost two-thirds want the Environmental Protection Agency to be more aggressive.

For those who have staked out extreme positions, backtracking may not be easy: “It is very difficult to get a man to understand something when his tribal identity depends on his not understanding it,” Bérubé notes. Maybe it’s time for some new identity politics.

Judith Warner is the author, most recently, of “We’ve Got Issues: Children and Parents in the Age of Medication.”